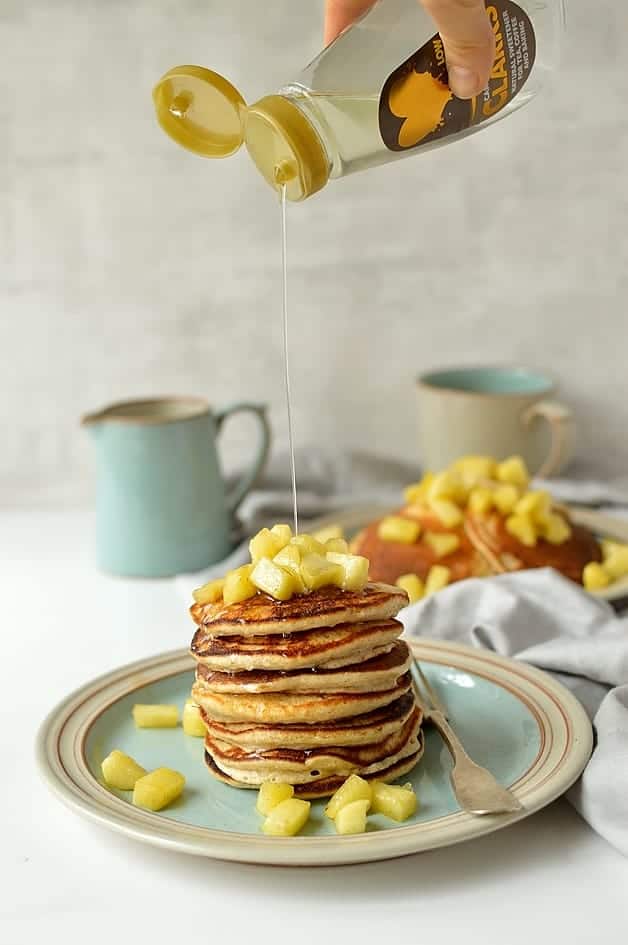 Welcome to my review of the January 2016 Degustabox. If you’re not familiar with the Degustabox then in brief it’s a subscription service whereby each month you’re sent a box full of goodies to try; most are either new brands or products and it works out far cheaper than buying everything individually in the shops.

It is a bit of a lottery however as you have no idea what you will be sent, some products you may love, and others you might not be so keen on; the surprise element is quite fun though, and it encourages you to try products that you wouldn't normally think to buy. If you fancy giving a box a try yourself then simply enter the discount code BLDEG15 at the checkout and you’ll get £6 off your first order! 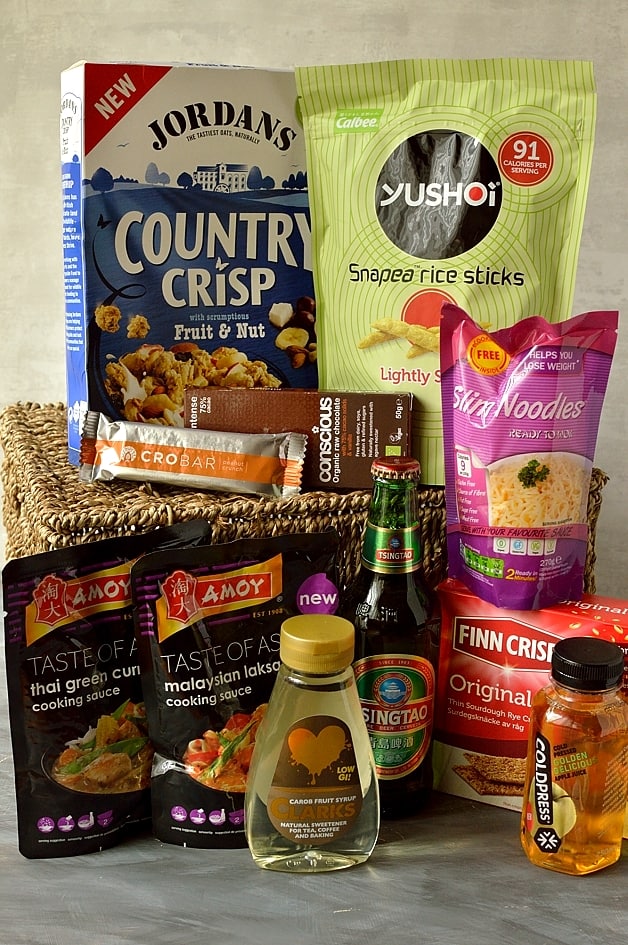 My favourite product from the January 2016 box had to be the Finn Crisp Crispbread which are rye sourdough crackers made with all natural ingredients. They are extremely crispy, with a distinctive sourdough tangy flavour and are excellent with cheese or dips. I loved them and found them incredibly more-ish, so it's a good thing that they are very healthy! They will definitely become a pantry staple for me.

My second pick is the Yushoi Snapea Rice Sticks, which are baked crisps made using green peas and rice; they have a puffed texture and are light and crispy and very tasty; they are also much healthier than crisps and are a source of protein. The bag disappeared very quickly!

My third pick is the Slim Noodles, they are made from Konjac flour and oat fibre and contain zero carbs and a meager 9 calories per 100g as well as being gluten-free. They come pre-cooked and simply need to be warmed through to serve; I honestly thought that I was going to hate these, but they are surprisingly OK; they are obviously not as nice as regular noodles but don't really taste of much so if you serve them with a flavoursome sauce and plenty of veg then you have yourself an extremely low-calorie meal, which is great if you are watching your weight.

The other products included in the box were:

Clarks Carob Fruit Syrup - A naturally sweet low GI, vegan syrup that is suitable for sweetening drinks or for baking. It was OK but if I want a natural sweetener I will use honey or maple syrup, it did have a much milder flavour than either of these though so if you want to make something that doesn't taste of whatever sweetener you are using then this would probably be good for you. I used it to make the pancakes in this post, recipe below.

Conscious Chocolate Organic Raw Chocolate - Raw, organic, vegan, hand-made, dairy, soya, refined sugar and gluten free chocolate. It had a truffle like texture rather than being a solid bar, the flavour is probably the best you are going to get for something that is free from so many things, but it was nowhere near as nice as regular chocolate...

Jordans Country Crisp Fruit and Nut Cereal - I like Country Crisp cereal and this is a flavour I haven't tried before; it is crunchy oat clusters with plenty of mixed dried fruit and nuts, it was nice to see that there was no skimping on the extras - there were lots of fruit and nuts, and the flavour was good.

Coldpress Golden Delicious Apple Juice - This juice is supposedly "cold pressed" rather than being heat pasturised so it is meant to taste fresher than regular apple juice and retain more nutrients but I couldn't taste any difference between this and normal apple juice and the bottle was quite small...

Amoy Taste Of Asia Cooking Sauces - I was sent two flavours of sauce - Thai Green Curry and Malaysian Laksa, I very rarely use packet sauces but they are quite handy to keep in the cupboard for when you want a quick dinner and can't be bothered to cook. They don't seem to contain as many preservatives as a lot of ready-made sauces but I found them to be a little lacking in flavour.

Crobar Peanut Crunch Energy Bar - This tasted like most energy bars and was a simple blend of dried fruit (dates and sultanas), peanuts and sunflower seeds with one surprise ingredient - cricket flour, yes that is ground up dried crickets... you couldn't taste it at all but I couldn't get over the fact that I was eating bugs...one for the more adventurous I think.

Tsingtao Beer - A Chinese beer brewed using malt, hops and rice; it is very smooth and drinkable with less of a bitter aftertaste than many beers, I think this due to the rice. 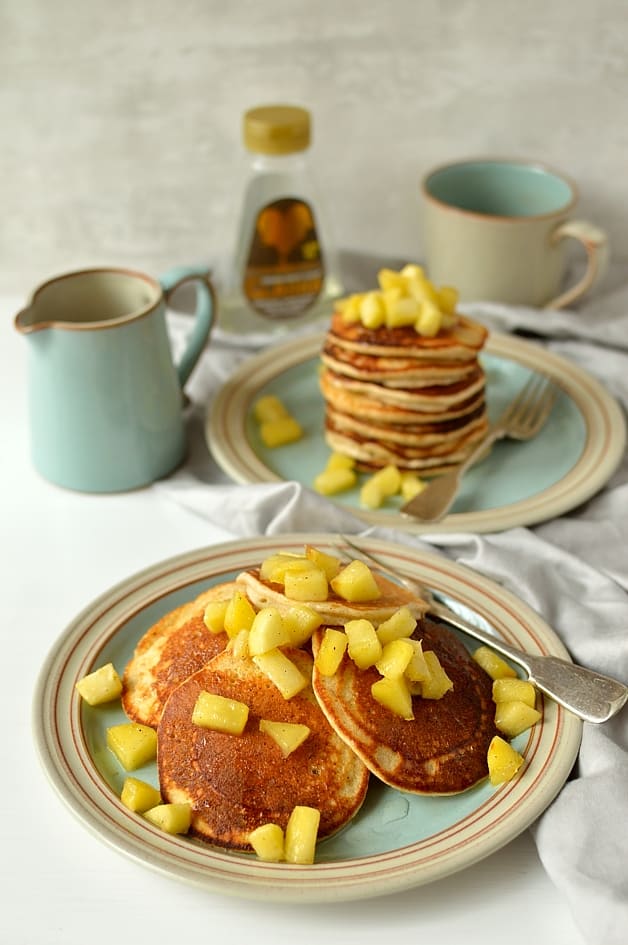 Seeing as pancake day is coming up (very soon!) I used the carob syrup to make some refined sugar free pancakes, I made them even healthier by using a mixture of ground oats and spelt flour and served them with some apples cooked in carob syrup.

They are very light, fluffy, flavoursome and filling as well as being good for you! The best way to ensure fluffy pancakes is by using both baking powder and stiffly whisked egg whites, which are gently folded into the batter to retain the air; this makes sure that you end up with thick, light pancakes.

The carob syrup provides plenty of sweetness, though you can always drizzle more over the top when you serve them; and you can also use either agave nectar or maple syrup in it's place. 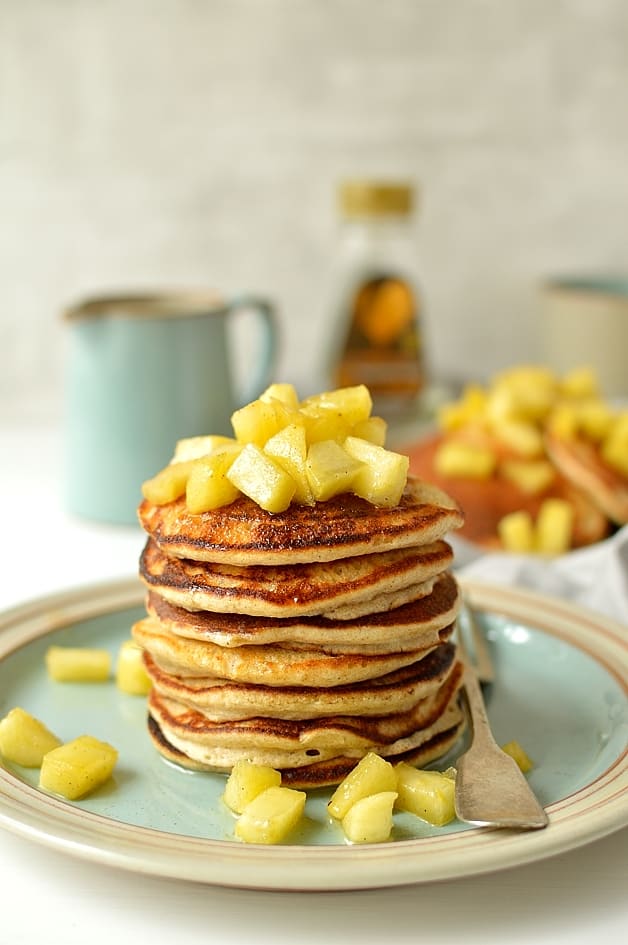 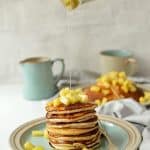 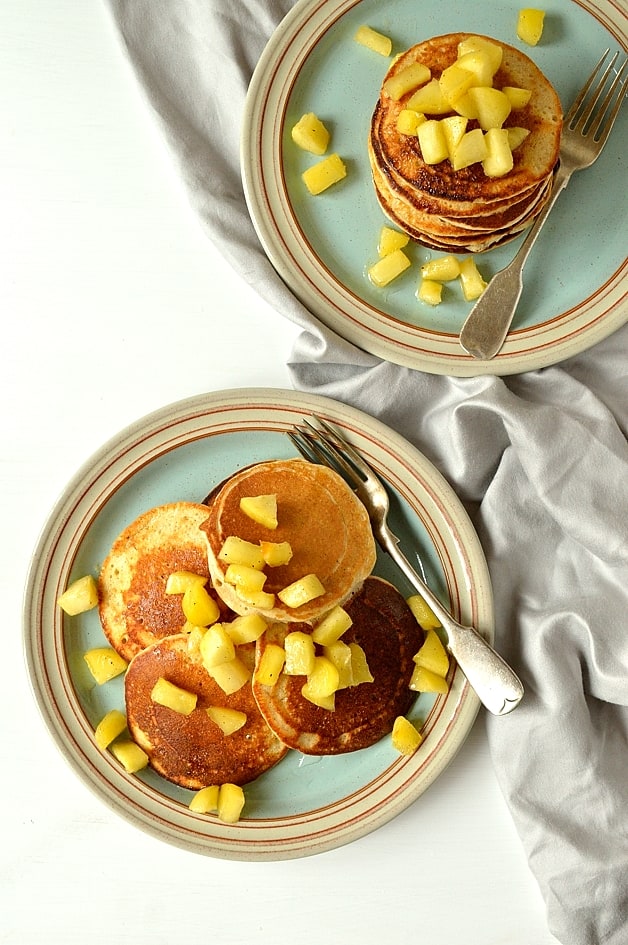 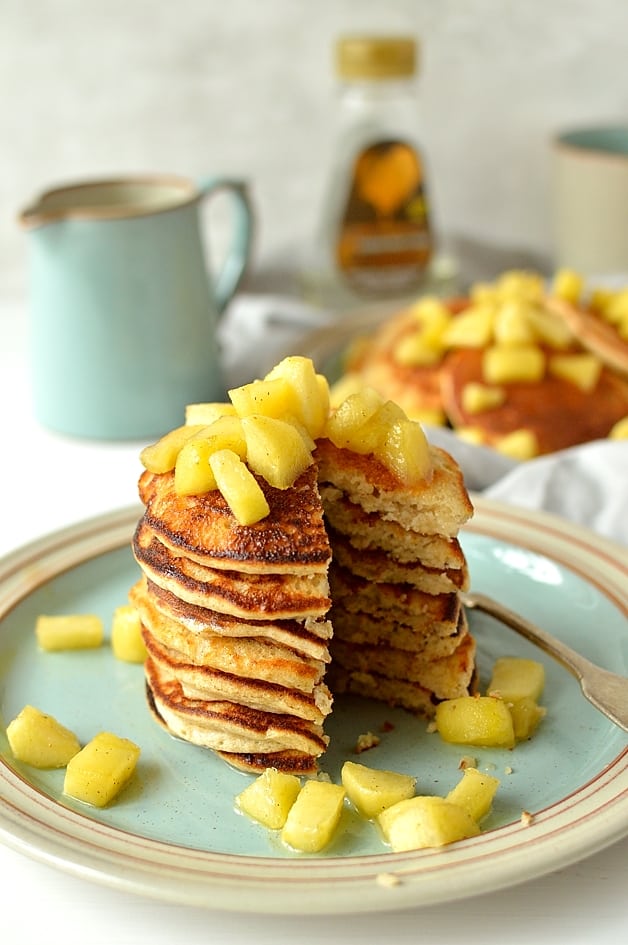 I am sharing these with Saucy Saturdays hosted by The Flavour Bender, Take Two Tapas, La Petit Chef and Mid-Life Croissant, Fiesta Friday hosted by Ginger And Bread and Cooking With A Wallflower, Foodie FriDIY, Foodie Friends Friday, Friday Favourites and Friday Features

Buy Me a Coffee